Art of the Northwest Coast Native 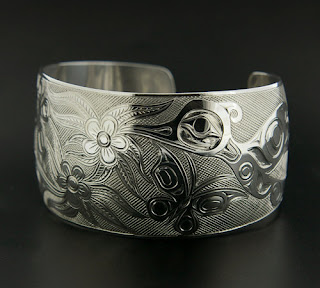 Art of the Northwest Coast Native peoples – indigenous cultures based in British Columbia and Washington State – is distinct from art produced by other cultures within North America. This brief overview has been created to clear up some misconceptions about Aboriginal art and culture from the West Coast of North America.

First, there are twenty-seven unique Native cultural groups in British Columbia alone. These groups have their own languages and idiosyncratic aesthetic systems. The term ‘Haida’ is often used to describe Native art from the Northwest Coast, but the Haida are just one of many groups producing artwork…although this particular culture is indeed more productive than many! A more accurate general term is ‘Northwest Coast Art’. 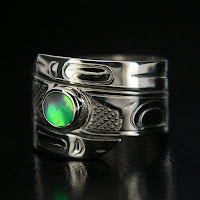 Second, the politically correct term to describe indigenous peoples in Canada and here on the West Coast is ‘First Nations’. While blanket terms with anthropological roots such as ‘Aboriginal’ and ‘Indigenous’ are not incorrect, preferred terms are ‘Native’ and ‘First Nations’. Terminology is different in the United States, where ‘Native American’ is still commonly used, and the controversial and outdated ‘Indian’ tag is still carelessly thrown around in everyday parlance.

Third, art and jewellery from Washington State and BC are based upon family crests. Crests are figures and symbols used to visually communicate an individual’s family history and mythological origins. For example, the Gitksan of northern British Columbia are all divided into four clans: Frog, Eagle, Wolf, and Fireweed. Members of each clan then inherit secondary crests which are used when creating regalia and objects of adornment. This adherence to animal symbols (in such a structured fashion) is unique to the Northwest Coast when considering indigenous art from North America. 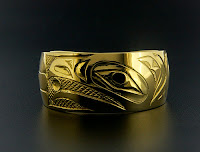 Finally, a noteworthy trait of Native artwork from this part of the world is the specialization of hand-engraving. Hand-engraved jewellery is difficult to find to begin with, and has its roots in European jewellery-making, but First Nations artists in BC and Washington State have really made inroads into this field. Jewellery-making and silversmithing is common with other indigenous cultures in North America – as with the amazing silver and turquoise pieces created by both the Navajo and Hopi – but the Northwest Coast is the only area where you will find intricately hand-engraved collectibles. Northwest Coast Native artists are always in high demand to engrave custom wedding rings here in Vancouver!

By far the best place to familiarize oneself with carving and jewellery from the Northwest Coast is Vancouver’s Lattimer Gallery. In business since 1986, this Vancouver landmark carries works for every budget and strives to represent those artists who are determined to push this art form forward. 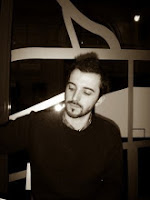 About the author: Alex Dawkins received his BA in Art History from the University of British Columbia and his MA in Art History from the University of Edinburgh, with a focus on Colonialism and First Nations Art. He has worked at Vancouver’s acclaimed Lattimer Gallery and Vancouver’s Museum of Anthropology. He currently resides in Vancouver and manages the Etsy shop – Art From Above Native Jewellery – which specializes in Northwest Coast hand-engraved jewellery.

Discover all the art on etsy inspired by Northwestern Native Cultures

0 thoughts on “Art of the Northwest Coast Native”