Every Mistake is an Opportunity

art-journal
Thank you Miriam for the invite to share with your readers what I learned about making mistakes..and I’ve made a lot of them!
When I started creating, I had a harsh and critical voice in my head.  A nuclear powered inner critic who made it so difficult to enjoy making art.  That voice kept the fun and play out of my day.  That was then.  Now, I’ve learned ways to quiet that cranky voice!
Not surprisingly, I would get frustrated when things didn’t go exactly as I expected, as I planned, as I wished.  I would hear that quote, “Every mistake is an opportunity” and my frustration grew exponentially! I didn’t appreciate it one bit when someone said it to me in one of those moments.
But there was truth in it.  I was just too agitated to see it.  I had to find a way to end the frustration and to remember that there are opportunities in every mistake.  Saying the quote didn’t do it. But saying OOPS did!

O.O.P.S. stands for Outstanding Opportunity Presenting Suddenly.  I just couldn’t take myself seriously when I said OOPS. The louder and more frustrated I was when I said it the sillier it sounded.  The angrier I was when I said it, the harder I laughed.  Try it. Say OOPS with anger.  It’s just ridiculous!
OOPS would jolt me out of a seriously defeating mood and bring me back to where I wanted to be.  Creating. Making. Playing and most of all enjoying the process.
This is just one of the ways I have helped myself let go and embrace the fun of making art.  I’ve got a free workshop called Permission to Play that takes you step-by-step through the process of creating a cardboard art journal as I share more ways to let yourself play.
I no longer make mistakes; they are all Oopsies.  The frustration is gone and the joy of playing has taken its place.  In the video below, you’ll see how I built an art journal page with PanPastels as I make things formerly known as mistakes and build on them.  Plus, you’ll see how I seal PanPastels with a mini mister so that they don’t smear.

Watch PanPastels, Stencils, and an Oops…and how to seal PanPastels on YouTube.

So next time you think you made a mistake try saying OOPS and see what happens and share it with me!  I’d love to see what you’re making. 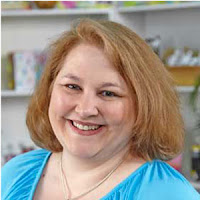 I’m Carolyn Dube and I’m an art adventurer. I didn’t start out as an art adventurer. I was ruled by my fears. I was stressed out. I was searching for something to help me come alive. I had a critical voice in my head that squashed my creativity. But that is all in the past! Why? Because I began to play, to have fun, and to embrace all of my “mistakes”. All those “failures” and “mistakes” that I had so harshly criticized myself about actually became true gifts as soon as I started saying O.O.P.S. Why O.O.P.S.? Because it stands for Outstanding Opportunities Presenting Suddenly.
You can find me in the Facebook group, Instagram, and of course, on the blog at aColorfulJourney.com.