Matisse by the Yard 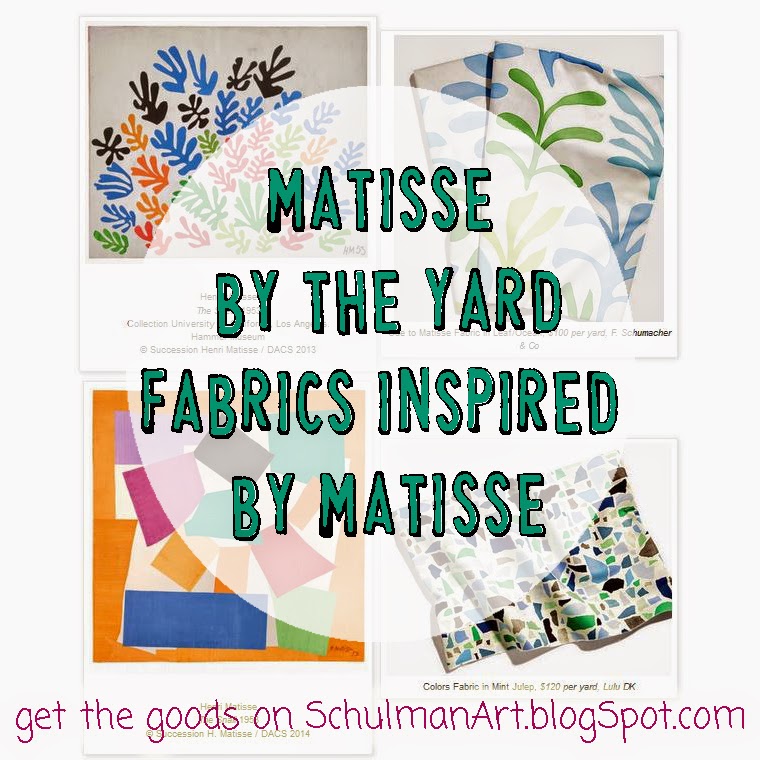 The Matisse cut-outs exhibition is coming from The Tate in London to the Museum of Modern Art (Moma) this fall and textile designers are scrambling to release fabric designs inspired by the art. What is sure to be a blockbuster event (I am currently debating buying my tickets now, or even getting a Moma membership just for the member preview nights…) surface and textile designers know that the public will be primed to incorporate Matisse’s modern, colorful and graphic art into their home decor. 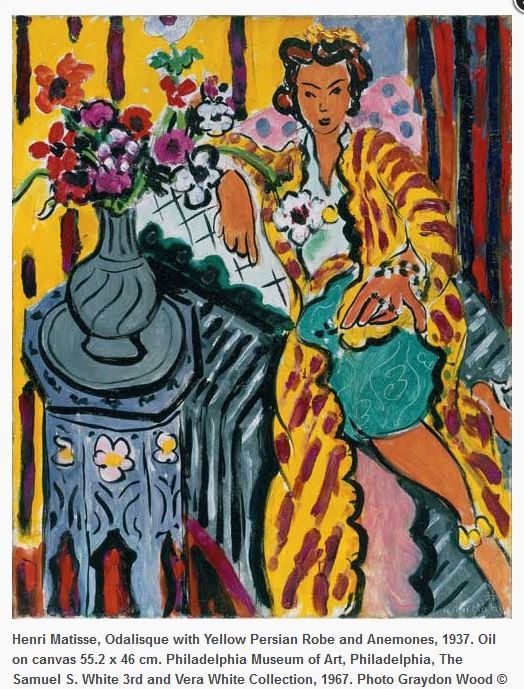 The Role of textiles in Matisse Art

Matisse came from a family with a tradition of textile designers, his grandfather was a weaver, and he collected fabrics his entire life which are incorporated into much of his art. Fabric played such a huge role in his art that the Metropolitan Museum of Art curated a show, Matisse: The Fabric of Dreams His Art and His Textiles in 2005.

In addition, some of his wealthiest collectors were Russian textile magnates which continued the synergy between art and fabric.

In the 1940’s, Matisse was bound to a chair and started using painted papers as a basis for designing his paintings. Initially, he planned on commissioning paintings from the designs but enjoyed the collage form so immensely that he used the scissors and paper exclusively in his art. {I too am addicted to collage art and use it in my art which you can find on etsy}

The Wall Street Journal published an article, “A Sofa By…Matisse” in its most recent weekend edition with the following fabrics. I’ve paired some of them with the paintings that may have inspired them.

0 thoughts on “Matisse by the Yard”