Learning from the Masters: The Psychological Portraits of John Singer Sargent 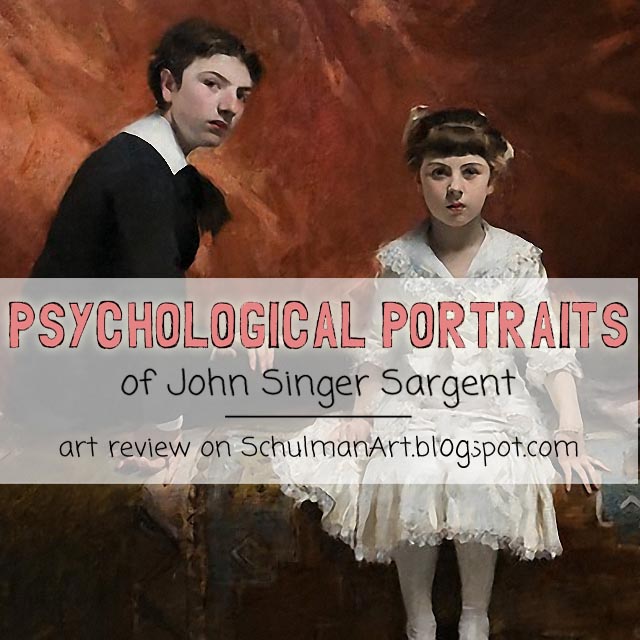 As I was preparing this blog post, my husband leaned over my shoulder and asked “What do you mean by psychological portraits?” Well, I pointed out…”look at that girl’s face and the tension in her fingers and toes, she looks like she just finished a tantrum. Contrast that to her brother, whose wrist is bent and limply perched on the rug. He peers at you with a know it all stare and disdain… you are not sure if the disdain is meant for you or his sister.”

Then I added, “Look at the way he painted the parents! The father’s shirt isn’t even tucked in… he could have easily have told his patron to tuck in the shirt but he painted him that way anyway. And look at his sourpuss wife,” I continued, “he even left in the frown lines around the corners of her mouth and the tightly pursed lips.”

“Great” my husband replied, “Now I won’t have to read the blog post.”

The hidden truth behind every successful portrait

The exhibition, “Sargent, Portraits of Artists and Friends” at the Metropolitan Museum of Art ( you can see it through October 4, 2015) truly knocked my socks off. Having painted dozens of portraits through the years, the choices made by this painter always speaks to me. What made this exhibition unique, however, is that many of the paintings included were not commissioned portraits which allowed the artist to freely express his vision without worrying about the wrath of the paying patron. Moreover, every successful portrait will include psychological clues to its sitter.

This was a large exhibit and I have a lot to say about it and I will not even attempt to do it all justice in one blog post, so this will be the first of a series of blog posts covering my interpretations of the art and how his art has influenced my art as many of these paintings I had seen before in other shows and in different contexts. 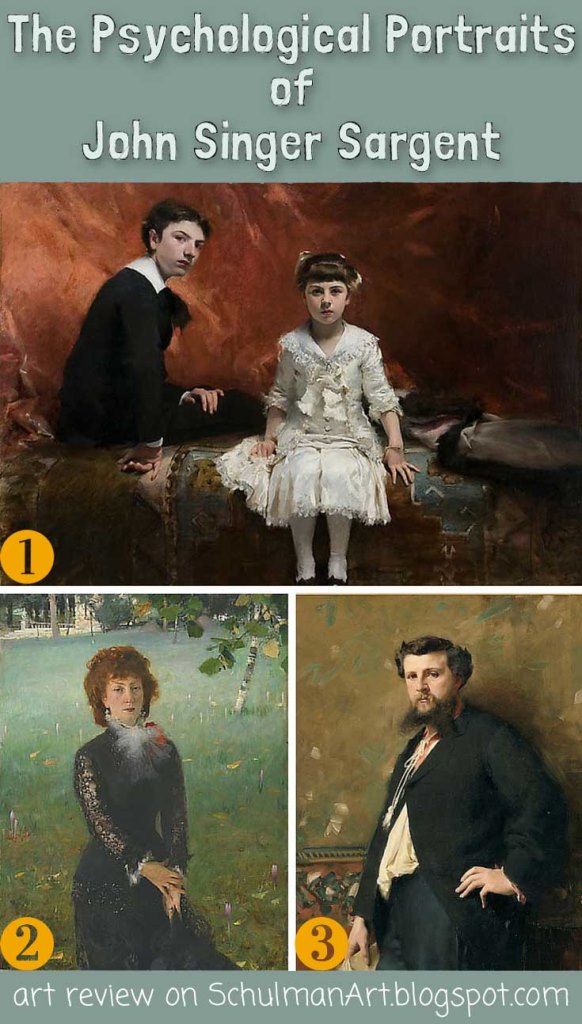 1) Pailleron Children, 1880. This was not my first encounter with this mesmerizing portrait depicting these two. I first encountered them at the Brooklyn Museum in 2005.According to the Brooklyn Museum curators: Although children may not immediately come to mind when thinking about Sargent, they appear frequently in several types of paintings he did throughout his career—in commissioned and non-commissioned portraits and in genre (thematic) subjects. A survey of a selection of these works presents the idea that Sargent deliberately exhibited paintings of children at crucial points in his career to shape critical and public opinion of his art; that his art yielded the uncalculated result of elevating the theme of childhood above that of sentimentality; and that his alteration of the traditional iconography of childhood coincided with new attitudes about children that were forming in Europe and North America.

At both exhibits you learn that the artist had to endure over 80 sittings, and frequent tantrums from the girl about her outfit. Her eyes still brimming with tears as she tests her will against those of the adults around her and she perches ready to flee. The brother is positioned on the other side of the rug draped bench, seemingly not bothered by the societal constraints placed upon him. You notice his “knowing attitude”, his slouch (contrasts to the erect tense posture of his sister), and most tellingly, his limp wrists.

2) Marie Pailleron 1879 & 3) Edourd Pailleron 1879
I was delighted that I could for the first time view the children next to their parents. Can you see the resemblance? You have a family of milk toast men and strong willed females. The girl strongly resembles her high maintenance mother and the boy, his disheveled and low key father. Do you notice the similar postures of the father and son? The mean stare of the mother with her formerly and stiffly folded hands? Also notice the contrast between the open collar of the father and the tightly collared wife.

Every detail is intentional

Since we know the artist frequently collaborated with his sitters on the choice of their fashion, we know that nothing is an accident..this artist “sees” and “tells” us all we need to know about this family.

About me, Miriam Schulman In case we haven’t met yet, I’m an artist and founder of The Inspiration Place, where I help other artists learn how to profit from their passion or become better artists. Through online classes, business coaching programs, and a top-ranked podcast, I’ve helped thousands of artists around the world develop their skill sets and create more time and freedom to do what they love. My signature coaching program, The Artist Incubator, helps artists go from so-so sales to sold-out collections.

After witnessing 9/11, I abandoned a lucrative hedge fund job to work on my art full time. Since then, my art and story have been featured in major publications including Forbes, What Women Create, The New York Times, Art of Man, Art Journaling magazine as well as featured on NBC’s “Parenthood” and the Amazon series “Hunters” with Al Pacino. My forthcoming book with HarperCollins Leadership, Artpreneur, how to make money from your creativity is scheduled for release on January 31, 2023. When I’m not in the studio, I split my time between New York City and a farmhouse in the country. I’d love to invite you to check out one of my free resources for art lovers (of every passion level) at schulmanart.com/freebies

I’ve been in the art studio making some new videos, a whole 12-part series called: Artpreneur Affirmations. I took each chapter title in the book and made an art journal page out of each.

You can't buy this course separately!

If you want to get your hands on it, the ONLY way you can enjoy it is when you pre-order the book, Artpreneur.

When you order a paperback copy through this page, you'll get instant Access to a dozen mindset sessions designed to help you bust through your starving artist mindset blocks and get you thinking like an abundant artist…in ten minutes or less!🙏

Thank you for being part of my world!🧡🧡🧡